Here we have a fabulous three bedroom country property sitting on a large plot of 5.500m2 with private swimming pool in Jijona.The property comprises of an open plan lounge and dining room keeping its traditional style with partial stone walls, wooden beams and a wood burning fireplace. There is a separate fully fitted kitchen and corridor that leads to three double bedrooms and a large family bathroom.Along with a 10 x 5 private swimming pool, there are outbuildings, one of which was used as a summer kitchen with barbecue and the rest are storage rooms.This property is located in beautiful surroundings with mountain views and not overlooked, this is a piece of paradise you do not want to miss out on!Only a 5 minute drive to amenities in the town of Jijona, less than 20 minutes from glorious beaches, 30 minutes drive to Alicante airport and less than 15 minutes from the nearest Golf Course.Area Information – JijonaJijona or Xixona is a town and municipality in the Valencian Community on the eastern coast of Spain. It is a cosy and intimate town, located in the valley of the mountains that separate Alicante and Alcoy. About 7200 people live in this town. Famous for a type of soft nougat, known in Spanish as Turrón de Jijona and in Valencian as Torró de Xixona. This is mostly due to the extensive almond farming that has existed since the Moorish farmers originally cultivated the almond trees following the Islamic conquest of the Iberian peninsula. Several factories produce turrón, which is all distributed for sale in December, although now they are trying to expand it during the other months. 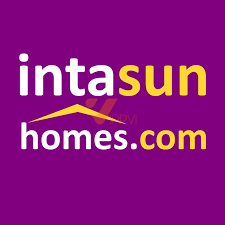